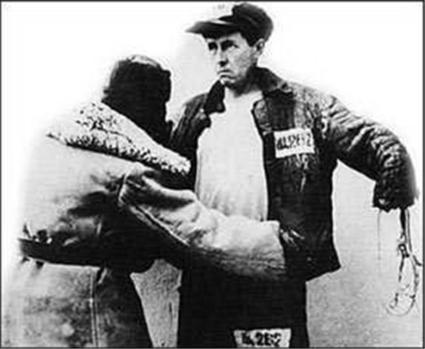 Not only does our current society in America and the West deny that “God makes everything:” worse, they don’t even acknowledge that God made anything. While there are plenty of frontal attacks that establish this atheistic stance (a HS football coach getting fired for praying on the field, a decorated soldier being demoted and severely threatened because she had a simple bible verse on her desk (?!)), it is just as often furthered by a ground swell which one can sense and feel that instills a kind of fear that says: ‘I’d better stay away from mentioning God here in this part of the report with my child … it’s sort of not allowed, I think, isn’t it?’

But the invisible God is the foundation of all things, according to Scripture, for he called all things into being by the word of his power (Genesis 1:1, John 1:1) so that “the things which are seen were made out of things not seen” (Hebrews 11:3). IF that is true, it is absolute sin and rebellion to not give the credit to the one who really did all of this (see Romans 1).

Just think about it. Is it not the ultimate case of copyright infringement and of plagiarism, of patent infringement and so forth, to not give the credit to the one who made all things? To not even acknowledge him when utilizing the things he made, which includes our own self, and our own spirit, as that verse above mentioned? And yet, God has been expelled from public educational institutions in America and in the West, and his name is not thanked or glorified. Every nature documentary talks and acts as if there is no God, even as they explore his myriad wondrous works. Friends, we need the power and the fortitude as well as the character of Elijah to overcome this humanistic, atheistic scourge. We need the fire of heaven.

Could the horrors and the oppression that took place this last century in the USSR and in other communist nations occur one day in America? It may seem unthinkable, but ask yourself this: What was the single root cause of those horrible, evil onslaughts? I call to witness Aleksandr Solzhenitsyn. In 1983, Solzhenitsyn, who himself endured 10 years in the Gulag concentration camps, gave an address entitled: “Godlessness: The First Step to the Gulag.” The title says it all, but consider this much of the beginning:

More than half a century ago, while I was still a child, I recall hearing a number of older people offer the following explanation for the great disasters that had befallen Russia: Men have forgotten God; that’s why all this has happened.
Since then I have spent well-nigh fifty years working on the history of our Revolution; in the process I have read hundreds of books, collected hundreds of personal testimonies, and have already contributed eight volumes of my own toward the effort of clearing away the rubble left by that upheaval. But if I were asked today to formulate as concisely as possible the main cause of the ruinous Revolution that swallowed up some sixty million of our people, I could not put it more accurately than to repeat: Men have forgotten God; that’s why all this has happened.
What is more, the events of the Russian Revolution can only be understood now, at the end of the century, against the background of what has since occurred in the rest of the world. What emerges here is a process of universal significance. And if I were called upon to identify briefly the principal trait of the entire twentieth century, here too, I would be unable to find anything more precise and pithy than to repeat once again: Men have forgotten God.

Consider the following further indictment given by Solzhenitsyn, and the remedy he suggests to our plight, which is to grasp the warm hand of God as the only hope we may have.

But the world had never before known a godlessness as organized, militarized, and tenaciously malevolent as that practiced by Marxism. Within the philosophical system of Marx and Lenin, and at the heart of their psychology, hatred of God is the principal driving force, more fundamental than all their political and economic pretensions….
The concepts of good and evil have been ridiculed for several centuries; banished from common use…evil makes its home in the individual human heart before it enters a political system. Yet it is not considered shameful to make daily concessions to an integral evil…Western societies are losing more and more of their religious essence as they thoughtlessly yield up their younger generation to atheism….
To the ill-considered hopes of the last two centuries… we can propose only a determined quest for the warm hand of God…There is nothing else to cling to in the landslide: the combined vision of all the thinkers of the Enlightenment amounts to nothing….
All attempts to find a way out of the plight of today’s world are fruitless unless we redirect our consciousness, in repentance, to the Creator of all: without this, no exit will be illumined, and we shall seek it in vain….
(Excerpts from M. Catharine Evans, “A reminder from Solzhenitsyn,” American Thinker (July 4, 2011), citing Aleksandr Solzhenitsyn, “Templeton Lecture, May 10, 1983,” in The Solzhenitsyn Reader: New and Essential Writings, 1947-2005, eds. Edward E. Ericson, Jr. and Daniel J. Mahoney (Wilmington, DE: Intercollegiate Studies Institute, 2006), 577.

My heart simply sings at these beautiful and insightful words. Some men God has gifted to speak and reason in such beautiful and clear ways, and Solzhenitsyn was one of them.

So the moral of the story is this:

Remember your Creator in the days of your youth … Fear God and keep his commandments, for this is the whole duty of man. For God will bring every deed into judgment, with every secret thing, whether good or evil. (Ecclesiastes 12:1, 13-14)

(This was originally published as a short “Creation Corner” article in the 2016.1 (Winter) edition of First News)

This was originally published as a short “Creation Corner” article in a church bulletin (2016.1 Winter edition of First News, Dayton Open Bible)