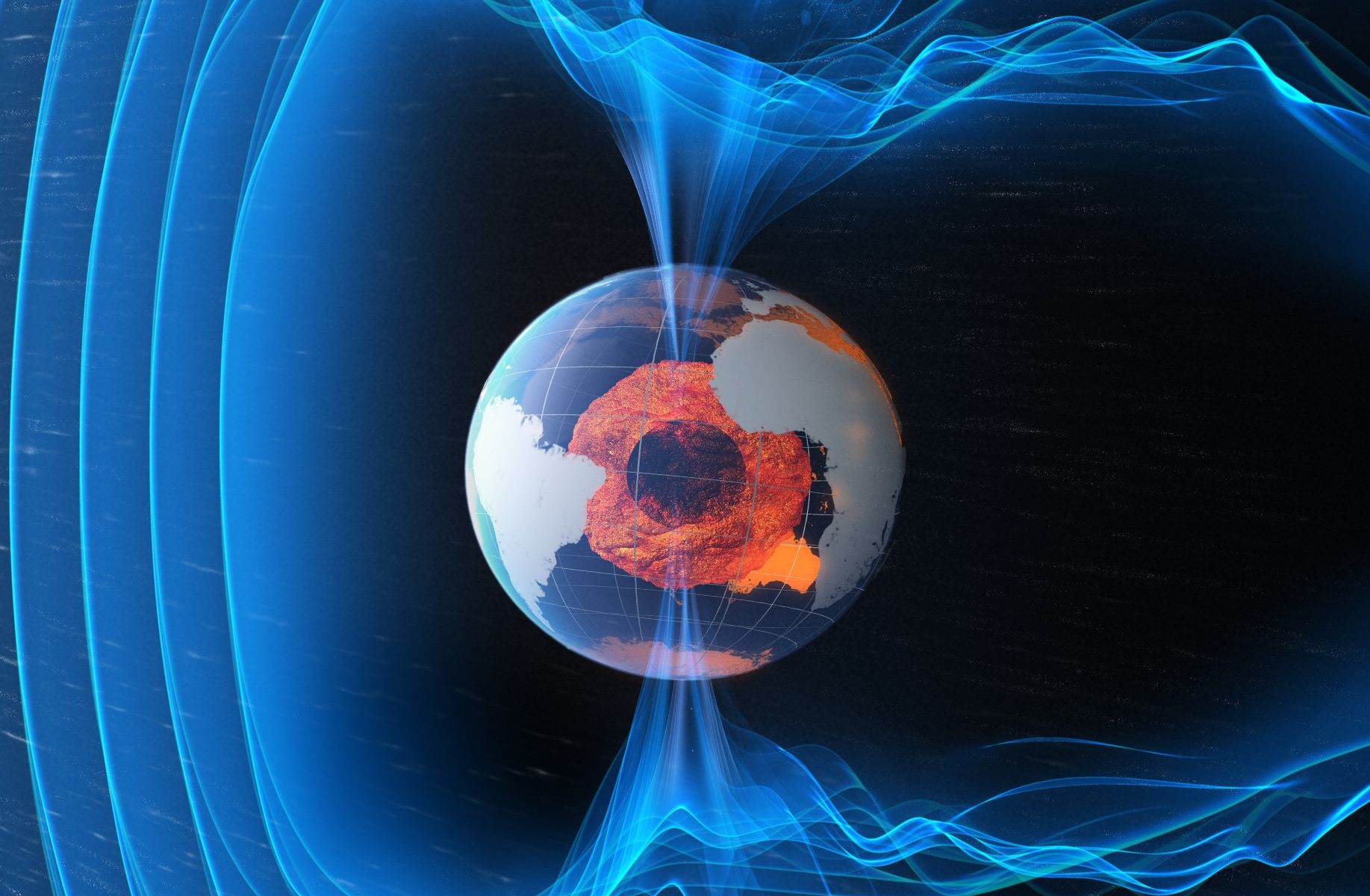 One of the most powerful evidences for a young earth is its rapidly decaying magnetic field. Measurements taken from 1835 to 1965 reveal that the earth lost a whopping 8% in its magnetic field strength over those 130 years.1) More recent measurements confirm this exponential rate of decrease, at a rate of about 1.5% every 30 years.2) That means if you are 60 years old, in your own lifetime, the earth’s magnetic field decreased in strength by about 3%. Let us be glad the earth is not decreasing in size at such a rate! That is an astounding rate of loss for a planet-wide feature, which the old-earth paradigm requires to be billions of years old.

When we look at the other planets of the Solar System, we find the same thing occurring. Our moon and Mars, for instance, used to have strong fields, but their fields have already died out, just like the earth’s is on the path to doing. This brings up another embarrassing fact for the naturalistic, old-earth paradigm, which is some of these planets (like our Moon and Mercury) are considered far too small to have ever been able to sustain a planetary dynamo – the hypothesized hoped for explanation for how the earth could have sustained its field for billions of years, against all the evidence. That is, they shouldn’t have had magnetic fields in the first place in the old-earth model. And yet when our probes visited Mercury (in 1975), not only did we discover it does have a field, on subsequent visits from our probes (up to 2011), we found its field is also exponentially decaying as well. So from 1975 to 2011, Mercury’s field decreased 7.8% in strength (http://bit.ly/1s75The)! We also found that Uranus’ and Neptune’s magnetic axes are extremely tilted from their rotation axis. Uranus’ is tilted 60 degrees. And yet this would kill a dynamo mechanism, so naturalists have to theorize that by some (bad) stroke of luck, both of these planets happened to be in the midst of a field reversal:

It is reasonable to expect that any one planet could be experiencing a reversal. However, if planetary reversals actually occur with periods that are measured in tens or even hundreds of thousands of years, with durations of only thousands of years, having two planets in the midst of a reversal simultaneously would be, to say the least, highly unlikely. One comment at the time was: “Two odd magnetic fields is one too many.” (Kerr, 1989) (Humphreys, De Spain, Earth’s Mysterious Magnetism: and that of other celestial orbs (2015) http://amzn.to/1YV53i8, p. 32)

One of the most awesome discoveries in all of this is that not only is the earth’s field decaying, but it is doing so at a precise exponential linear rate of decay. Not only that, but we have found a ‘little wobble’ (a precise sinusoid oscillation) in this rate of decay that further strongly implies “the cause of the decay is energy dissipation,” which is a death-knell to the old-earth dynamo model, which in turn means the earth is young:

A linear decay is very unlikely [for the naturalistic dynamo model, NP], requiring a precise time variation of voltage V in the circuit that is hard to generate, as electronic engineers trying to get linear waveforms will attest. That suggests the non-sinusoidal part of the curve is truly exponential. In turn, that implies the cause of the decay is energy dissipation, either directly by ohmic losses in the dipole-generating current, or indirectly by ohmic losses in parts of the current removed from the dipole part by fluid motion, as I mentioned earlier. The sinusoid neither adds to nor subtracts from the long-term energy loss… These ideas weigh heavily against the idea that there is currently a “dynamo” process at work in the core that would ultimately restore the lost energy back to the field. Without such a restoration mechanism, the field can only have a limited lifetime, in the thousands of years. So the clarity of this new fit, especially the exponential part, is further evidence that the earth’s magnetic field is young. – (Humphreys, “Earth’s Magnetic Field Is Decaying Steadily — with a Little Rhythm”, 2011 http://bit.ly/1Tu9q5t, 200)

I rejoice in this powerful evidence that the world is young, as Scripture indicates, even though the naturalistic stranglehold we abide in ignores and suppresses these truths.

This was originally published as a short “Creation Corner” article in a church bulletin (2016.3 Summer edition of First News, Dayton Open Bible)