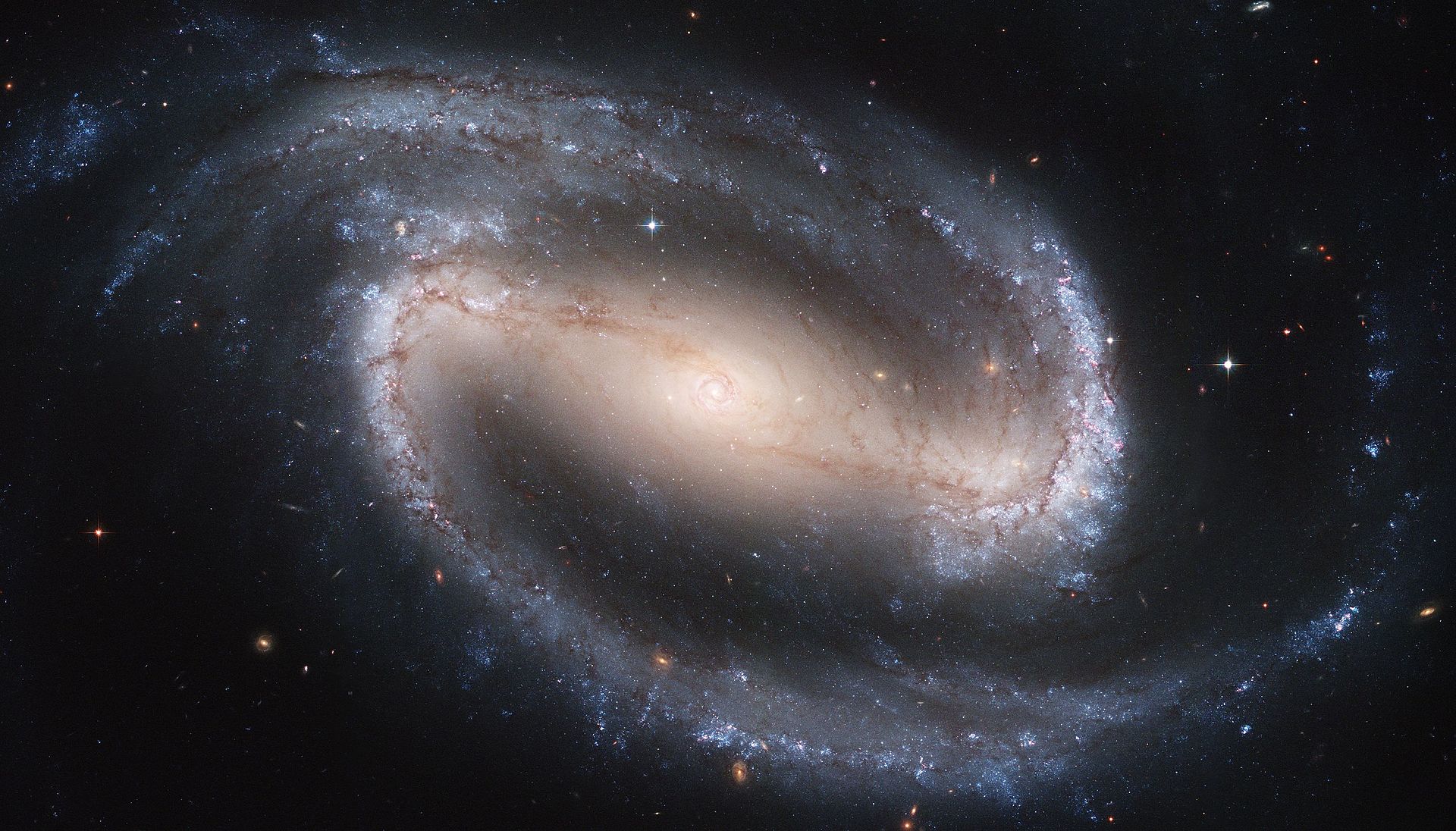 Did Adam and Eve have a belly button? You may have heard this issue being caricaturized as a typical issue that churches have fought over. As silly as that would be, I believe that a tremendous amount of insight can be gained from pondering this question and others that are related to it. Doing so may just help resolve some of the outstanding problems us creationists have not yet solved.

So what was the problem with Adam and Eve? The problem is that Adam and Eve’s ‘development’ was unlike our development, and radically so. Consider this: Not only did Adam and Eve not form in a mother’s womb, what’s more, they didn’t even have a mother! As such, they mostly likely never had an umbilical cord connected to their ‘tummy’ while God was forming them, leading to the possibility that they simply had no belly button. But if we really ponder on some of the simple, straightforward points just made (such as that neither of them had a mother), it opens up some much deeper considerations than the basically cosmetic question of whether or not they had a belly button. But let us first consider one more cosmetic issue, as the following question addresses the problem of rates of development: Did Eve have long hair at the moment she was fully formed (and when she was presented to Adam)? I think we would all agree: She must have. But how long does it take hair to grow down past the shoulders? At least a year, right? Or in some extraordinary circumstances, within a few months. But did it take God a year then to make Eve, because of that rate-of-development constraint alone? Or, considering the mature creation view: Did God just instantly (poof bang!) have hair fully formed on her head?

While the first answer is unacceptable, I must say: the second proposal, which well sums up the ‘mature creation’ view, is itself unsatisfactory, and not necessarily biblical either. I believe this view makes some assumptions that are unwarranted, and that are not in tune with the biblical descriptions of how God created things. The consistent testimony of Genesis 1-2 is that God created things through a series of progressive steps, no, not evolutionary steps, but progressive design steps nonetheless. The first evidence of this of the very fact that God took six days to create the world in the first place, rather than instantly calling everything into being fully formed and in a moment of time. And in other cases, where it seems like God may have just simply spoken many things into existence, we often find out (particularly with the help of Genesis 2’s testimony) that in fact, these acts also were accomplished through a number of progressive design steps, through a process of molding and formation, or through a process of growth. Even in the case of Man (‘Man’, by the way, ultimately is defined in Genesis 1 as the first Man and Woman united), did God instantaneously create Man? Not at all. Rather, the text says that God ‘formed’ (יצר) the man from the mud of the earth, using the same word used for a potter, who forms a pot from wet-clay. While we are not made privy to any other details of how God molded the man, does not molding refer to a process of design steps as well? Something that takes time, so that this was not just an instantaneous thing?

Now of course, processes were very different in that amazing week. Consider the trees and plants that God “planted” (Gen 2:8) in Eden. “And Yahweh God caused to sprout-up / grow-up from the earth every desirable tree … within the midst of the garden” (Gen 2:9). I think there is a key here that helps to unlock a number of the problems us creationists have been trying to solve. That is this: Even though God formed many things into a fully mature state, like is true with Adam, with many other things God caused them to grow up from a visibly less mature state, as when he caused the trees and plants to sprout up from the ground. Within that rapid process, what was one minute a small and tender sapling, was 60 seconds later a ten foot tall, and still fastly growing pine tree (see C.S. Lewis, The Magician’s Nephew, p. 105). The key is that the creation account does not rule out growth processes, albeit rapid and supernaturally driven growth processes.

So if the earth was created only about 6,000 years ago, how could starlight from galaxies billions of light years away have reached earth in that time? Creationists have put forth some great answers to this question. See for instance Russell Humphreys’ Starlight and Time. I feel we have gotten a lot closer to the truth with these models, even though all us admit that they still leave us with some difficulties. Which brings us to the ‘mature creation’ issue. A traditional answer to the distant starlight problem has been the ‘mature creation’ explanation, meaning that God created everything mature… The big problem I have with this is when it presumes that no rapid growth or maturing processes could have been employed by God in creating many things – such as plants, trees … but also: stars and galaxies! In the typical explanation, when thinking of galaxies and stars as being instantaneously created in their final mature state, the distant starlight problem was solved by appealing to ‘light created in transit’ (i.e. stretched out between the source star and us on earth). But this solution has been soundly rejected by many of us, because that would mean that with most of the stars we see, that in fact, their light never actually came from that star. But how satisfying is that? Imagine if you saw me wind up and throw a fast ball that then hit your shin, as I was wildly off target. But then I were to say: Oh, … well, I didn’t actually throw the ball, it was created in transit! Somehow, I don’t think you would like my answer.

But the alternative we offered above does not have this problem at all, because light is never ‘created in transit.’ It doesn’t have to be, because this view allows rapid growth of galaxies and stars, and of the light they emitted during all of that time, to all occur during creation week (particularly during day 4).

Danny Faulkner, a creationist astronomer, has recently argued for many of the points given above, in his paper entitled: “A Proposal for a New Solution to the Light Travel Time Problem.” Danny points out that according to the language of the text, the plants in the garden of Eden were “grown up,” not just instantly created. As such, he argues, it is possible that God used such a “rapid growth” process to supernaturally cause the light from distant stars (not to mention nearby stars as well) to reach the earth all during creation week. Since God used such a supernatural, very rapid growth process to create the plants of the garden of Eden, which were made to grow from zero to fully matured and ready to be eaten within at most a few hours of time, what’s to say he couldn’t have employed a similarly rapid but creative “growth” process to get the light from distant galaxies and stars to the earth very rapidly as well?

Coming back then to the belly button: Did the trees in the garden have their own form of a belly button? Namely, did they have knots and gnarls? More importantly, did they have bark (which normally requires the inner material to grow and then die)?1 Of course they must have! But we might have watched the bark grow forth very quickly. We might have watched what almost looked like a warp in time, as if, in the immediate atmosphere of that tree, like time was greatly sped up, almost like it had actually undergone decades of time all in minutes. (One thing is for sure: It takes some creativity to figure out what the creation processes actually looked like. This can be one of our great faults, which is thinking inside of a box, and failing to think big and creatively, albeit of course within the constraints of the text). Likewise then, we can ask the same question not just of distant starlight and how it got here, but of another issue that is just as thorny: Do distant stars and galaxies themselves have “belly buttons”?! The problem with starlight is that galaxies and stars do indeed seem to have their own forms of ‘bark and gnarls,’ such as galaxies that are interacting if not colliding.

What this solution allows (and this goes beyond what Danny proposed, though I am hopeful he may like this additional thought) is that all kinds of cosmic ‘stuff’ (processes and events) could have still occurred right during creation week, but just very rapidly as far as an observer from earth might have observed (if that would have been possible). This may have even looked very much like some of the time-dilation based models have imagined it. So: Do stars and galaxies have belly buttons?  What do you think?