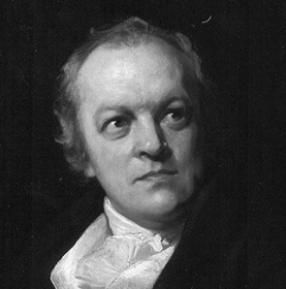 Here we will continue our discussion from the previous article entitled “Peter’s Last Days Warning Part I.”. After writing that, I was flung off into much more research on these issues. This has only provoked me all the more, and convinced me of the critical significance of Peter’s last days warning for our time:

Know this first of all, that in the last days mockers will come with their mocking, following after their own lusts, 4 and saying, “Where is the promise of His coming? For ever since the fathers fell asleep, all continues just as it was from the beginning of creation.” 5 For when they maintain this, it escapes their notice that by the word of God the heavens existed long ago and the earth was formed out of water and by water, 6 through which the world at that time was destroyed, being flooded with water. (2 Peter 3:3-6)

Though I say the following with a full disclosure that I am not even remotely a historian of this time-period, what I have learned recently has helped me to see that this prophecy especially came into fulfillment since the so-called “Age of Enlightenment.” In heaven’s history books, it is likely called “The Age of Endarkenment.” We must understand that the root causes that lead to our current day, where God has been removed from society in every sphere of life (in creation, in government, in law, in all areas of education and academia, in media, and so forth), are due not so much to current day ‘ACLUs’ – that is to say, organizations which cannot sleep until they have utterly removed God from every inch of the cosmos. It began, rather, with anti-Christian and godless currents of thought hundreds of years ago. Those currents began long before Darwin was born, and, what is more, it was these godless men, mostly known as deists in their day, who predominantly birthed naturalistic theories on the origins of the earth and cosmos which now rule the day. But as we see in Peter, evolutionary, naturalistic (i.e. Nature is all there is) ideas have never been just about science. To the contrary, these godless ideas were born out of a desire to remove the Christian God and his rules from the world. If you can remove his Rule, you can remove his rules.

If you want to find a carbon-copy image of the kind of men Peter prophesied about above, with their mocking, insolent words, and their “following after their own lusts,” you can find it in William Blake (1757-1827) and in his Marriage of Heaven and Hell (it can be read very briefly here). To select but a couple of Blake’s “Proverbs of Hell” as he called them, consider these:

Another chief antagonist to read about is Matthew Tindal (not ‘Tyndale’!), “an eminent English deist author” (1657-1733) who wrote what has been called “The Deist’s Bible.” Tindal sought to utterly destroy Christian revelation, and to set up nature and reason in place of the Christian God. Consider two of his chapter titles:

So Tindal asserted that biblical revelation is to be eradicated on the altar of ‘human happiness’ and lusts.

Against such godless views, Peter warned us that the day of the Lord will come, and like a thief in the night.

“But these enemies of mine, who did not want me to reign over them, bring them here and slay them in my presence.” (Luke 19:27)

Those are the words of Jesus the Messiah. To be absolutely clear, in no way do I quote them to in any way advocate violence. But one day, man will have no choice any longer whether he wants to rebel against the Creator, as opposed to live in harmony and submission to his rule (see Psalm 2). At the present time, the rebellion of such men, which was spurred on behind the scenes by the evil and rebellious one himself, have largely taken over our society. But all of this was foretold by the apostle Peter long beforehand, let us take heed.

This was originally published as a short “Creation Corner” article in a church bulletin (2015.3 Summer edition of First News, Dayton Open Bible)