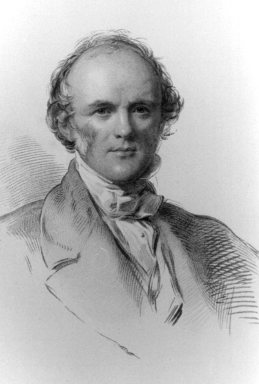 Near the end of the apostle Peter’s life, he had a stark warning for the church. Nearly all of Peter’s second epistle is dedicated to communicating this warning. He states the issue most fully for the first time as follows: “For we did not follow cleverly devised myths when we made known to you the power and coming of our Lord Jesus Christ, but we were eyewitnesses of his majesty” (2 Peter 1:16). If we could see Peter in heaven right now, I think he would say: “Have you forgotten my warning? Are you keeping in mind what I told you to keep in mind?” Peter basically says just that: “And I will make every effort to see that after my departure you will always be able to remember these things.” (2 Peter 1:15, and see 2 Peter 3:1-2)

We have already seen the chief lie that would be spread, that the message of Jesus Christ and of his ‘Appearing’—his return in power and fire—was nothing but a “cleverly devised myth.” Another major element to this warning is that the ringleaders of this charge would be godless men who do not fear God, but serve their own fleshly desires and lusts. Another element was this: “But false prophets also arose among the people (in ancient Israel), just as there will also be false teachers among you.” So, beloved, the last days will be marked by false teachers. The false prophets of today are for the most part false teachers. Now we get to the main warning I want to highlight:

Know this first of all, that in the last days mockers will come with their mocking, following after their own lusts, 4 and saying, “Where is the promise of His coming? For ever since the fathers fell asleep, all continues just as it was from the beginning of creation.” 5 For when they maintain this, it escapes their notice that by the word of God the heavens existed long ago and the earth was formed out of water and by water, 6 through which the world at that time was destroyed, being flooded with water. (2 Peter 3:3-6)

Many have pointed out how this warning seems to be a direct prediction of the lie of uniformitarianism, as propagated by Charles Lyell (Darwin’s mentor in a sense). For the next 150 years, this model became the dominant geologic paradigm backing an old earth viewpoint, and which served as the literal seedbed in which Darwin’s notion of biological evolution would take root. But there is more to this prophecy than simply exposing uniformitarianism. It exposes ‘uniformitarianism’ as the modus operandi of a larger aim, which was to relegate the two previous acts of God in earth’s history to the category of mythology: namely Creation and the Flood. In recent decades, Lyell’s ‘uniformitarianism’ has been gradually demoted, but all that matters is that whatever fills its place (billions of years still) continue to contradict the biblical creation and Flood accounts. From what I have read, this was the deliberate attempt of these men: to eradicate God from the past (no beginning), allowing them to deny as equally mythological any thought of his return (in the end):

“The result, therefore, of our present enquiry is, that we find no vestige of a beginning—no prospect of an end.”

This was the famous last line of James Hutton’s 1788 paper. Take away the fancy words, and you have simply this:

NO beginning, NO end.

Elementary logic tells us that if there is no end, then there is no return of Christ. Meaning it must just be a myth as well, “a cleverly devised tale.”

Charles Lyell wrote a private letter to a man who was reviewing his Principles of Geology, and in it he basically spilled the beans about what his true motives were:

“… If we don’t irritate, which I fear we may (though mere history), we shall carry all with us. If you don’t triumph over them, but compliment the liberality and candour of the present age, the bishops and enlightened saints will join us in despising both the ancient and modern physico-theologians [i.e. the biblical flood geologists (Nick)]. It is just the time to strike… P.S. I conceived the idea five or six years ago, that if ever the Mosaic geology could be set down without giving offence, it would be in an historical sketch [i.e. as Lyell gave in his Principles of Geology] … Let them feel it, and point the moral… (Life Letters, 268ff)

There is a lot more in this letter that exposes Lyell and false teachers like him, but this is enough to heed the apostle’s warning, that:

In the last days mockers will come with their mocking, saying, ‘Where is the promise of His coming? For ever since the fathers fell asleep, all continues just as it was from the beginning of creation.’ … But according to His promise we are looking for new heavens and a new earth, in which righteousness dwells.

This was originally published as a short “Creation Corner” article in a church bulletin (2015.1 Winter edition of First News, Dayton Open Bible)