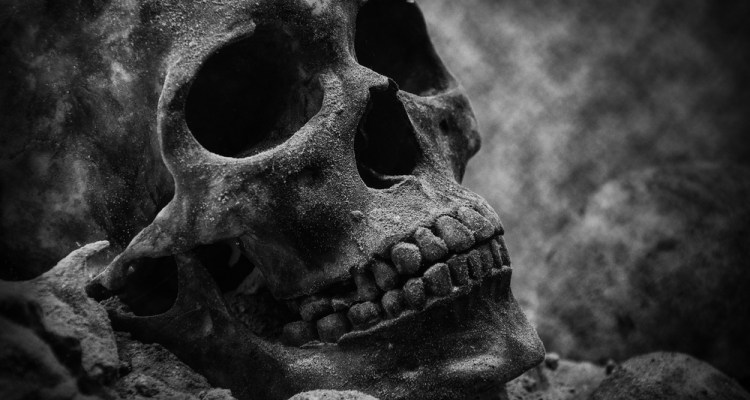 Is it possible that the six days of Genesis 1 in fact refer to something other than a simple ‘day’? Might the true sense of the text all along have carried with it a possible allegorical or, at least, undefined sense to it? In other words, might we replace ‘days’ in Exodus 20:11 with ‘eons’ as follows: “For in six ‘eons’ (?) Yahweh made the heavens and the earth and the sea, and everything in them…”?

I originally intended to dedicate this article to showing how the abundant evidence of Scripture clearly shows that the meaning of the “evening-mornings” of Genesis 1 were just that: simple evening morning periods of time, i.e. a simple day. Compare Genesis 1’s language, for instance, with Genesis 8:22 and with Jeremiah 33:20 and 25. Maybe we will look at this evidence further in the future, but I feel the urge to sound a very alarming shophar blast in order to address a mistaken presumption that often lies behind this question. Are you ready?!

While many dear brothers and sisters in Christ (many of whom I count as champions in the Lord!) ask this question for well-intended reasons, I would suggest that they have no idea the ramifications of what they are really asking for. Their honest intent is simply to cram in some meaningless ‘years’ into dumb rocks and dirt, and thus to supposedly solve the problem of where to fit in the billions of years the TV, the schools, the academy, the media, and society at large constantly inundates us with (from early childhood!). But here’s the shophar blast: What they will really get in the end is not just billions of years for dumb rocks and dirt. No! They’ll get hundreds of millions of years of pain and death; millions of years of dog eating dog, of creatures slowly and miserably evolving, with only the strongest few surviving. The rest get eaten. Or die of cancer and malnutrition, of disease and mutation.

Some Garden of Eden, huh? Sound biblical? Of course it doesn’t. In the end, we have a purported 6 million years of man evolving from apes (many will conveniently abstract only this 6 million years, but on what basis, why stop there?!). Even if we were to take the final mere 200,000 years of this sad story of human-like creatures, before God finally ‘selected’ Adam: That’s two hundred thousand years of purported man-like creatures, who resembled us purportedly in almost every way, and yet to whom God offered no covenant of mercy, to whom he extended no grace and loving-kindness, but who were, rather, abandoned to a cruel existence for no fault or fall of their own. I highly encourage you to read this article (http://www.logosresearchassociates.org/#!the-importance-of-genesis-cont/c85), which addresses these points more fully, and which gives more answers to these issues than I can give in this space (e.g. what then about the Neanderthals from a biblical (‘young-earth’) perspective? – well they are in fact regular descendants of Adam and Eve).

The good news is that this whole story is untrue, a lie from hell, which was foisted on this world by the father of lies. The Father of Lights, from who every good and perfect gift comes down from above, really did make a perfect world in six days time, just as he said he did: “For in six days Yahweh made the heavens and the earth and the sea, and everything in them…” He hardly needed a million years to help himself form DNA and hummingbirds, flowers and beasts of the field, and man in his own image.

Yours is the day, yours also is the night. You have prepared the light and the sun.  17 You have established all the boundaries of the earth; you have made summer and winter.  18 Remember this, O LORD, that the enemy has reviled, And a foolish people has spurned your name. (Psalm 74:16-18)

This was originally published as a short “Creation Corner” article in a church bulletin (2015.2 Spring edition of First News, Dayton Open Bible)