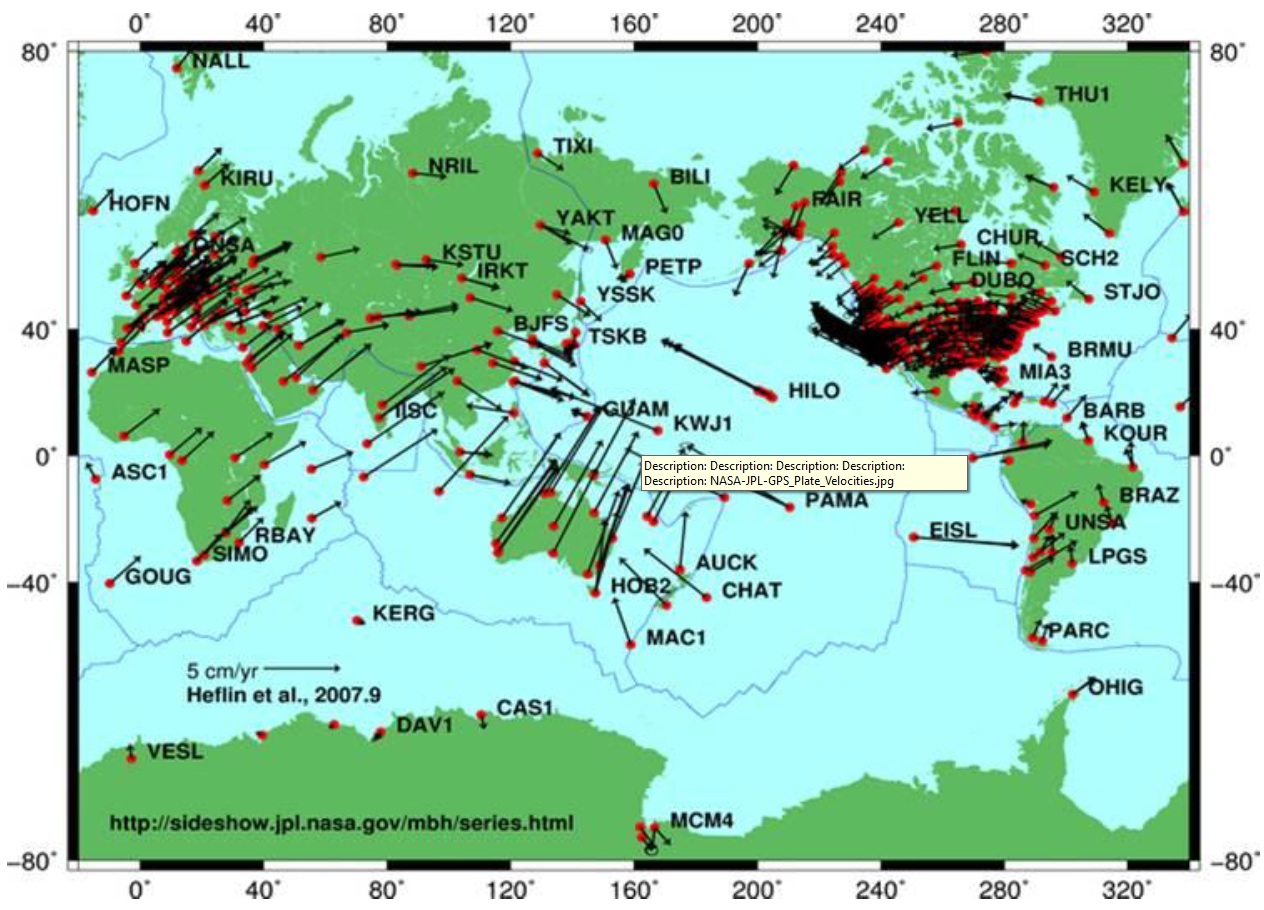 7. Question: How can a plate even begin its dive under an adjacent plate that is 30-60 miles thick if cliffs cannot be higher than 5 miles?

Response: Because rock at sufficient depth under stress does indeed begin to deform inelastically or plastically, the boundary below a few km depth between a subducting plate and the overriding plate is never vertical but instead is inclined, typically, at an angle of 30-45 degrees. Inelastic deformation of the edge of the overriding plate readily allows this to occur. The fact that plates are subducting today means that one plate diving beneath another plate not only is possible; it is an undeniable reality. Below is a figure from the NASA website here (ed. updated from original) showing velocities of more than 900 GPS stations worldwide. The velocity discontinuities at mid-ocean ridges and also subduction zones is to me indisputable evidence that both seafloor spreading and subduction are occurring on our earth today.

Image Caption: Station velocities determined by integration of their GPS observations over the period 1999-2007. Data were analyzed at the Jet Propulsion Laboratory, California Institute of Technology, under contract with the National Aeronautics and Space Administration.